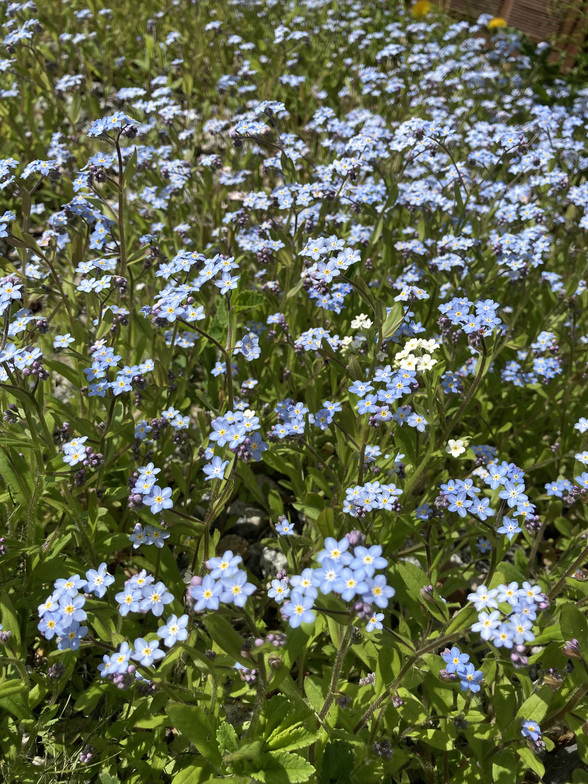 Now there was a woman who had been suffering from hemorrhages for twelve years. She had endured much under many physicians, and had spent all that she had; and she was no better, but rather grew worse. She had heard about Jesus, and came up behind him in the crowd and touched his cloak, for she said, "If I but touch his clothes, I will be made well." Immediately her hemorrhage stopped; and she felt in her body that she was healed of her disease. Immediately aware that power had gone forth from him, Jesus turned about in the crowd and said, "Who touched my clothes?" And his disciples said to him, "You see the crowd pressing in on you; how can you say, 'Who touched me?'" He looked all around to see who had done it. But the woman, knowing what had happened to her, came in fear and trembling, fell down before him, and told him the whole truth. He said to her, "Daughter, your faith has made you well; go in peace, and be healed of your disease."

This woman was done. She had nothing to lose, had heard of Jesus, and decided to go for it. Wanting only to feel better she pushed her way into the crowd. Maybe she got some disapproving looks for pushing? Maybe she felt safe thinking she was anonymous? Regardless, she worked her way close enough to touch him.

And it worked. She touched him and like magic she was healed. And it scared her. She wanted it to happen, she wanted to be healed, and when it did, it scared her.

And of course, Jesus knew. But it wasn’t magic. It was love.

I’m not sure what the woman was expecting when Jesus searched for her in the crowd. Actually being healed surprised and terrified her, so it might be safe to say she wasn’t expecting acknowledgement and love and mercy.

There’s a couple of things I read in a Bible commentary about these verses I really appreciate:

One thing is “there is no faith so feeble that Jesus does not respond to it.”

And the second thing is “Jesus’ blessings can never be stolen – only bestowed.”

Jesus knew her heart. And responded to her faith. Just like Jesus knows our hearts. And responds to our faith. Even when it is feeble and unsure and seemingly imperfect.

We can only guess what happened to this woman after she told Jesus the whole story and he sent her on her way in peace. I hope she continued on her faith journey and came to understand she was healed by a God who loved her unconditionally and that this relationship made her a part of something bigger and better than she could ever comprehend. And I hope for these things for her because it’s what I want for you and me too.

Because, if only we reach out to him, Jesus has this merciful way of responding to our imperfect faith that lovingly strengthens it and makes it perfect.