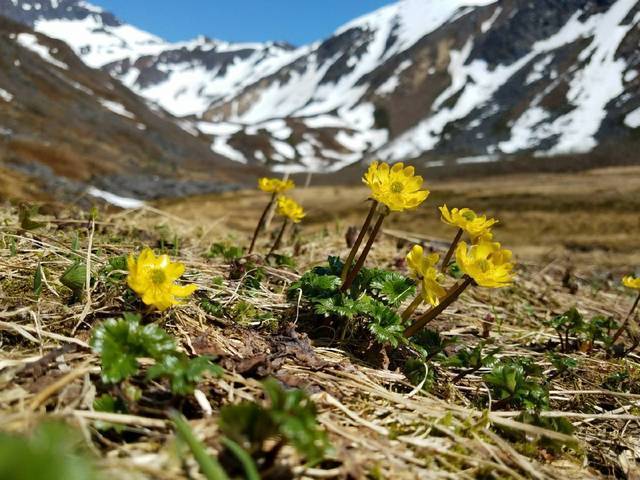 But the angel said to the women, "Do not be afraid; I know that you are looking for Jesus who was crucified. He is not here; for he has been raised, as he said. Come, see the place where he lay. Then go quickly and tell his disciples, 'He has been raised from the dead, and indeed he is going ahead of you to Galilee; there you will see him.' This is my message for you." So they left the tomb quickly with fear and great joy, and ran to tell his disciples.

I love this verse. Here, at the discovery of the empty tomb, the Resurrection, the crux of the Christian faith- fear and great joy!   What else would a person be expected to feel?  Yet, the Angel said to the two Marys, “Do not be afraid!”, and if you cheat, as I did, and go a few verses deeper into this chapter (that weren't included in this devotion), Jesus tells them again, “Be not afraid”.  When I was a child, I was terrified of God. I prayed hard to Him, asking whether there was something wrong with me for being so afraid of Him.  Within a few days of those prayers,  I found an answer.  I stumbled upon a Bible verse during youth group that essentially said, “the woman who fears God, loves God”.  With God the almighty and omnipotent, fear was natural and expected- how could his subjects NOT feel fear of a distant God of rules and wrath?

But, then, God sent His son, Jesus Christ, to walk among us.  God sent us his son in the flesh- a man of love, patience and healing.  A man with a mother who loved him.  A strong, yet gentle teacher whose followers were drawn in by his preachings of love and grace.  His followers were able to gather close to him, break bread with him- I imagine that they even heard his snores at night.  When Jesus was crucufied, they lost not just a teacher, but a beloved friend (and for Mary, a son).  They mourned and grieved the loss of their loved one, as any of us would. Then a glowing white Angel announced to them that Jesus was no longer dead, was not in the tomb and that they should go see him. Umm, fear and great joy?  You bet, what else could be expected?

Pondering this passage for the past several days has made me even more in awe of God's plan.  Big, scary God loves his people, but recognizes that His heavenly form is terrifying.  He sends His son to Earth in human form to spread the Holy Spirit and the news of God's love and grace.  God's plan for us proceeds with the Crucifixion and the Resurrection. God does not want us to be afraid of the miracle of the Resurrection-it is his gift to us- so, at the discovering of the greatest miracle EVER, he sends an angel to tell the two Mary's to NOT be afraid, but of course they are, so then Jesus tells them again to NOT be afraid! Of course, many of us today are still afraid when we think about God and his power, but when we remember the gift of His son, and of his son's life and death, we can begin to give up that fear and live in the great joy that is promised by God's grace.  Maybe, instead of fear, we can live in awe.